Stay updated on Books and Posts

Go to My Amazon Author Page 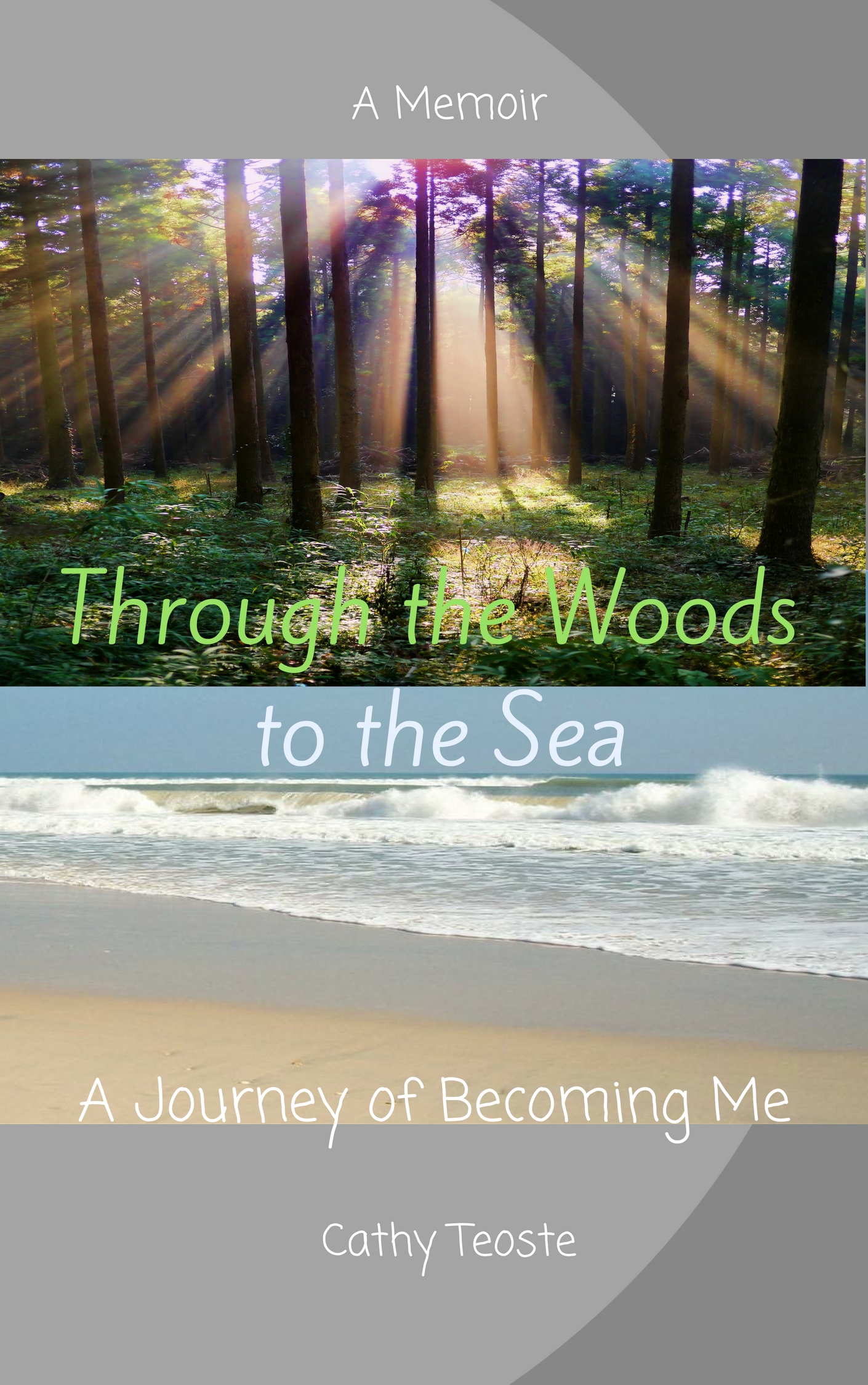 Book Bubble: School Changed the Direction of My Life

Through the Woods to the Sea: A Journey of Becoming Me

“Mary” the teacher called. She called again and again. She was standing over me now, “Mary”
“Me? I’m not Mary, I am Cathy”
“We don’t use nicknames here.”
“It isn’t my nickname it’s my name.”
“Your first name is Mary. We use proper names here. This is school, big and important. We use formality.
Here you are Mary, Cathy doesn’t belong in school.”
My memory is fuzzy and vague but some details I have kept a tight hold on. How accurate they are I am not sure but it is what I have held onto and believed.
Mrs. Learned said that who I was couldn’t be there, Mary was who belonged in school. I was afraid of Mrs. Learned after that. I, Cathy, did not want to return to school.

I only knew myself as Cathy. It was who I was. At home I was Cathy. I played outside with my friends. In the winter my dad made a skating rink in the backyard for me. I loved skating and learning spins and jumps. In the summer I took horseback riding lessons with my friend Kristin at a farm. I loved putting on plays with the neighborhood kids. I learned baseball and watched the Red Sox games on television. I loved going to Fenway Park to see the Red Sox play. I laughed and smiled. My eyes were bright with curiosity. I was energetic and outgoing. I was confident and happy.
I had no idea who Mary was. She was some stranger to me. Mary would appear each morning as I entered the school building and disappeared each afternoon on my walk home. Cathy’s smiled disappeared. Mary’s frown appeared. The gleam in her eyes changed to distant and dull. She shrunk in stature. Her whole demeanor changed in that instant.
Cathy was gone. Mary took over my body and mind. I was creating a new person, shaping and forming her to adjust to the perception of what I thought I was being told about who I was supposed to be. My sense-of-self was fragmented and stunted at five years old. Mary shamed me and scolded me. I remember her because I hated her with a passion. She wasn’t me. She was some strange person who inhabited my body and mind pushing me deep inside. I couldn’t get rid of her. Mary sent me into a lifelong road of dissociation, separation and alienation of myself. I developed two separate and distinct personalities.

School Changed the Direction of My Life

I lost my sense of self at 5 years old. From that point on I began compromising myself. Even as I discovered new parts of myself I folded them into a package, an image of someone I was creating. I was never being- I was always acting- always recreating a new character- reshaping and reforming her to adjust to perceptions of what I thought I was being told who I was supposed to be. Maybe I had it all wrong. Maybe my perceptions were misunderstandings. In fact, often times I believe now that they were. But as a child one is vulnerable to outside influences. I was stripped of my very self unintentionally but it happened. I began molding a new self from outside direction, interactions and responses. I never developed from within.

And my life journey became one of finding my true self, the person I was created to be not the person that was created due to a reaction from an experience in the world. This has been my path to share with others who somehow lose their own identity. From my journey came this memoir in hopes of helping others know that they too can reconnect and find their true self and begin life again living the life they were born to live.